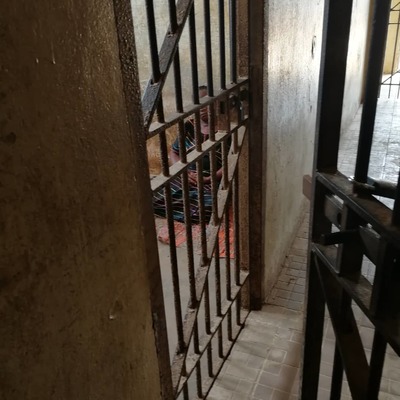 It is shameful that Sierra Leone land defender Hannah Deen will be spending International Women's Day behind bars while land grabbing companies are protected by the police and military. Life around industrial oil palm and rubber plantations is marked by violence. This is no different across West and Central Africa, where governments have handed out concessions to foreign plantation companies covering four million hectares of land for expansion of industrial oil palm plantations in recent years.
When these industrial plantations encroach onto community land, sexual violence, rape and abuse against women and girls increase dramatically. This happens wherever industrial plantations are established and irrespective of whether the plantation crop is palm oil or rubber.
Most women who suffer incidents of sexual violence in and around the industrial plantations suffer in silence. Few report incidents of assault, rape or sexual harassment for fear of retribution and further abuse by authorities and company personnel. This, in turn, exposes women to more sexual violence and abuse as the perpetrators face virtually no risk of being held to account for the violence they inflict on women. Cultural norms that stigmatize women who are raped, blame them for the assault and expose their families to shame, add insult to injury for these women. Too often, women suffer not only in silence but also alone.
Harassment and sexual violence affect women who work on industrial plantations as well as women and girls who live in and around these plantations and who have to use the roads that pass through the plantations in order to reach their fields, their water sources, the market town, the nearest school or their kin in neighbouring villages.
« If you’re unlucky you only get paid
if you let the guy ‘do his thing’.
It happens all the time. »
Plantation worker in Liberia
« Tu veux les feuilles de manioc,
moi je veux le sexe »
Woman relaying comment by security guard on plantation in Cameroon
The plantation managers and security guards increase the risk of sexual violence, rape or harassment for women because they use their positions of power to carry out these acts or they allow such acts to happen without consequences for the abuser. "Our women cry a lot," a traditional chief in Cameroon once remarked. The situation of 'everybody knows but no-one talks about it' is pervasive – and it must end.
On the 8th of March - International Women's Day – we join women across the world who are affected by the violent expansion of industrial oil palm and rubber plantations and who are calling for action to:
STOP the harassment, sexual violence and abuse against women
in and around industrial oil palm and rubber plantations IMMEDIATELY!
Download the full report
Breaking the silence: Industrial oil palm and rubber plantations bring harassment, sexual violence and abuse against women
Going further
Aminata Finda Massaquoi, Culture Radio | Article | 28 February 2019
Malen women cry for help
Civil society organisations | Media release | 21 February 2019
Stop land grabbing by SOCFIN in Sierra Leone! Stop the criminalisation of land rights defenders!
FIAN Belgium | Report | 21 February 2019
Land Grabbing for Palm Oil in Sierra Leone Analysis of the SOCFIN Case from a Human Rights Perspective
SILNORF et al. | Media release | 24 January 2019
In Sierra Leone, land rights defenders under attack 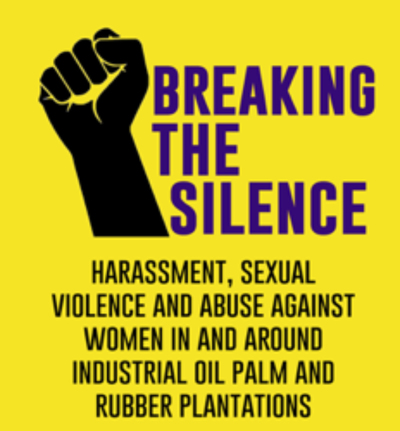