We are hearing from multiple spaces that we need to rethink everything, urging us to follow coordinated platforms full of “proposals” shaped by groupings of visible public figures. In this context, we would like to present – not even propose – a collective approach of great mutuality, modest yet not careless or ineffective, through which many people, collectives, and organisations in several regions and countries decided to gather their years’ long collective and individual work. This effort, involving grassroots research and a lot of documentation work, has yielded an exhaustive systematisation, a detailed profile of the agro-industrial system in the Southern Cone of South America. It is the Atlas of Transgenic Agribusiness in the Southern Cone, and it is already circulating in print and electronic forms.
The big success here, what we must really celebrate, is that this systematisation was woven from below, from the very heart of the events that the text attempts to grasp.
Its authors state: “The Atlas that we are sharing is the result of more than thirty years of analysis, research, and struggles in the territories by thousands of people dedicated to struggle, research, communications, and who never resigned themselves to seeing their territories be appropriated by an agricultural model that forgot its essence and purpose: to produce healthy food for people”.
The focus of the document is to understand the motives and reasons for the transformation of rural enclaves that shaped the devastating scenario that we witness today. 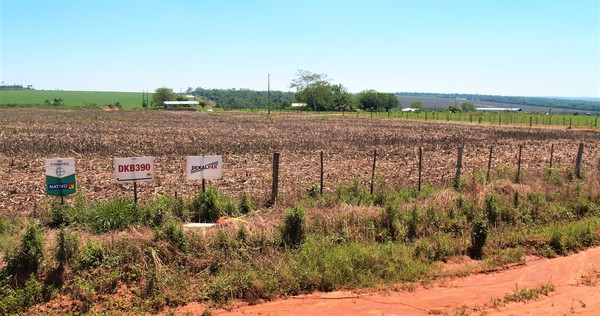 Moreover, the focus of the process is not the academic result of a group of researchers who decided to gather this information in an interdisciplinary platform. The document is the result of the connections that – like weaving a beautiful tapestry – shaped the grassroots work and the articulation of communities, collectives, networks, and organisations that contribute in whatever way possible to making sense of the grievances, threats, attacks, and persecution that they have been suffering in their localities, regions, and territories; to comprehend the pressures they face in their activities and in their possibility of continuing to live their lives; and to find a dignified way out of the situation and build common proposals imagining another future.
The Atlas of Transgenic Agribusiness in the Southern Cone offers conclusive answers. The grabbing and destruction worsened when genetically modified (GM) soybeans – and almost at the same time GM maize – were first introduced in Argentina, Brazil, Paraguay, Uruguay and Bolivia. These are the countries that the Atlas delimited as a geographic scope of research.
“GM soybeans resistant to glyphosate were instituted massively in these countries starting in 1996. Such was the force of this imposition that in 2003 Syngenta published an advertisement for one of its services with a map of the region and an emblematic headline: The United Republic of Soybeans”. It is clear that “people have not resigned themselves to this subjugation, and today seek new paths towards autonomy and sovereignty”, as stated in the prologue by the collective that created the document. This conviction is one of the motivations for weaving the systematisation.
The declaration is key. Resisting the United Republic of Soybeans is crucial to ensure that its domination never succeeds. Its sphere is and always will be in dispute as long as we continue building awareness of the conditions imposed by corporations and involved governments, and increasing the visibility of struggles by communities who reside in the territories counter to the corporate plans.
In her prologue to the Atlas, Marielle Palau, researcher with the Paraguayan organisation Bases Investigaciones Sociales, insists that it is “a struggle with a propositional character, explicit or implicit, as it points to food sovereignty as a proposal not only for producing and consuming healthy foods but also as a basis for a model of production and consumption that counters the one imposed by capitalism”. In this proposal, women’s work is fully valued and is central to action and caring.
The Atlas reaches a conclusion that may be obvious but still important to highlight repeatedly: The imposition of this predatory model was not natural, nor is it the logical evolution of agriculture. As Marielle says, we were persuaded by the “development myth”: “if we followed their recipes for progress and rejected the ancestral knowledge of our peasants and native peoples, we would reach the level of life – of consumption, actually – that they claimed. Time has shown us that these were nothing more than trinkets.”
The destruction that is visible in the territories – thirty years after its imposition – began suddenly and brutally. The model then took on a viral strength, claiming more and more land, separating people from their survival strategies, extending its tentacles throughout communities and local governments, becoming not only a devastating force of hoarding, but also a platform for powerful private and public authorities to possess and displace, repress, and assassinate.
As stated in the prologue, the agribusiness invasion “meant the massive imposition of monocultures in an extensive territory that advanced at a speed never before seen in the history of agriculture …, and with it came glyphosate and many other agrotoxins with dramatic health consequences for families living near production areas, for the land, and a considerable loss of biodiversity”.
We must highlight repeatedly that the grabbing of large tracts of land to impose these monocultures, which itself is harmful, is a determining milestone for the entire economic and social history of the continent and the world.
During this time, corporations have attempted to erase the memory of ancestral knowledge and care maintained by communities.
These corporations, and the accomplice governments, try to normalise the notion that agriculture is industrial, with their technological packages of laboratory seeds with devastating implications for biodiversity, and their brutal chemical inputs, real agrotoxins that have poisoned and continue to poison all life forms in the regions that are host to this normalisation and this experiment in forgetting.
Damián Verzeñassi – an epidemiologist who promotes “popular epidemiology” and “health monitoring and interventions from below” – states, “These are the territories that have suffered the invasion of a GM agro-industrial model that is dependent on poison. A model that was imposed without any public consultation; by dint of falsehoods, forced displacement of communities; destroying our native forests, among other practices, with neoliberalism’s characteristic voracity. Hand in hand with GMOs, the increase in the use of poison brought with it the development of species resistant to agrotoxins, and the emergence of health problems in communities near the fumigated territories”.
Over thirty years, the cultivation of GM crops succeeded in diametrically altering the destiny of a vast region. “The use of agrotoxins increased”, indigenous peoples were expelled from their territories, as were peasant communities, “systematically violating human rights”. Additionally, the use of native and local seeds was criminalised, “destroying soils and regional economies”.
The destruction boosted the consolidation of businesses by means of what the Atlas aptly calls “institutional scaffolding”. Luckily, peasant societies, and segments of urban societies that do not produce food, have begun a process to reconstitute their condition and systematise their grievances, raising awareness of the urgency of resistance against the system. This Atlas in an important part of this long process of consciousness building.

Thus, they discovered the lethality and disdain of such agro-industrial systems (anchored in patriarchy and colonialism) towards communities, towards people – particularly women and children – but also towards animals, plants, living beings, the environment, public goods – water, forests, soil, air; for they destroy it all, they poison it all, without taking any responsibility whatsoever.

We are facing a renewed willingness by communities and organisations to denounce this violence, to establish and maintain struggles all the while forging a new vision that draws on ancestral knowledge and combines it with the knowledge of a dignified and responsible science that accompanies more alternative visions – an ecological agriculture with peasant roots.
Marielle Palau highlights the key characteristic of the document: “The Atlas allows us to overcome the fragmented view of reality”. Only by gathering from many corners can we create a more holistic vision.
Today, we are able to see the complete picture because the Atlas reconfigures the historical process, the motives and conditions of the grabbing: a true territorial reordering that displaces peoples and subjugates them to the precarious living conditions promoted by the industrial monocultures.
This Atlas addresses the absence of a comprehensive report that systematises available information and makes it “available to local communities and organisations that work in the territories”, but it also serves as a detailed tool to systematise information gathered throughout so many years. It puts a spotlight on critical issues to maintain, deepen and ensure the effectiveness of the struggles.
This is the result of collective and respectful work among local people; the communities, organisations, and academics, who systematised, contributed evidence and established links, assessing the data, experiences, testimonies, and visions of the conditions in each region. The development and drafting process, and the synthesising tool achieved is inspirational for future work.
The Atlas of Transgenic Agribusiness in the Southern Cone: Monocultures, Resistance, and Peoples’ Proposals is available for download here (in Spanish only).