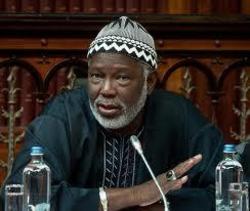 In the lead up to the May 2012 G8 summit in the USA, a meeting was organised to give agribusiness a platform to explain their views and initiatives to acieve food security in Africa. The G8 also dealt with the issue. Here is what the African farmers have to say about it.

Mr. President (of the African Union),

Please allow a West African peasant to share with you his preoccupations in the run-up to the G8 Symposium on food security to be held in Washington on 18-19 May 2012 and the G8 on 20 May 2012 at Camp David. Two events at which the food security of our continent will be discussed, following Aquila in 2008 and Paris in 2011.

International debates on financing African agriculture seem to be taking a direction which is not likely to lead to the necessary renewal of approaches. Yet this issue is a fundamental one. The choices that are made today in Sub-Saharan Africa regarding the modalities of agricultural financing and where it is directed will shape the form of agricultural development and the nature of the African food system of tomorrow.

It appears that appropriate financial approaches to address our major challenges have not yet been found. Agriculture in Sub-Saharan Africa is confronted today with three essential problems, which have been identified with the consensus of all of the actors :
- Increasing production in a sustainable and equitable fashion and improving the functioning of markets;
- Improving productivity and the economic viability of farms and value chains in order to create a sustainable basis for food security and sovereignty;
- Balancing low prices for consumers with decent revenues for producers.

These challenges place us before a complex equation which includes the following questions : What investments to make? What production systems should be privileged? Which products to support ? Which markets to target (local, national, regional, international)? And who should benefit from the support?

It is clear that the replies to these questions will not be univocal : no technical or institutional innovation can suffice on its own to respond to these challenges.

Today we are faced with two contrasting aspirations in Sub-Saharan Africa: the desire to regain control of our development and, on the other hand, the temptation of an excessive reliance on external resources. During the 2000s, 25 years after its creation, ECOWAS opted for the establishment of regional sectoral agricultural policies in coherence with the original intentions of the founding countries, that is promoting the well-being of the peoples of the region through economic development and peace.

The PAU of UEMOA followed by the ECOWAP of ECOWAS were formulated in 2001 and 2005 in a spirit of dialogue with the networks of peasant and agricultural producers’ organizations, breaking away from the « project approach » whose limitations have become clear to all. These policies have been validated and signed into law by the African Heads of State.

At the same time, the African states committed themselves at Maputo to dedicate more public resources to agriculture. To complement these initiatives NEPAD gave birth in 2006 to a new partnership for agriculture. All of these commitments, put together, testify to a real commitment to agriculture on the part of the African authorities, to a new desire to assume control of African development in dialogue with local populations. They generated significant hopes and expectations on the part of the social movements and the networks of peasants and producers, who saw agriculture regaining its position at the heart of the political agenda. They saw that the African authorities were at last shouldering their responsibilities with resolution and determining to define, validate and fund a good proportion of the expenses in the key sector of their economies : agriculture, pastoralism, forests, fisheries, known as the "agriculture sector".

Unfortunately the methodology adopted for the formulation of CAADP rapidly degenerated. The National Agricultural Development Programmes, promoted from above with insufficient dialogue with the concerned actors, appeared to be above all occasions for negotiating new aid. In many cases the content of these national programmes hardly differs from the traditional standard lists of projects, overlapping or even contradictory, the same from one country to another. Yet it seems that we have suffered considerably from this type of programme in the past and that it would be in our interests to devote our attention to effectively applying our agricultural policies, along the lines of the CAP in Europe, the Farm Bill in the US, or the policies put in place by Brazil and India.

The paradox between an African consensus regarding the need to increase investments in agriculture and the lack of clarity concerning the destination of these investments (which products, which markets ?) constitutes in my view a cause for serious preoccupation : how to conceive of the implementation of such unclear policies? In my view the ECOWAP should accord the major advantages to the principle investors in agriculture, those who take the risks within the family enterprises, that is the peasants, and not to urban or foreign sources of capital.

Three events have accentuated these doubts. First of all the misunderstandings around the principle of the green revolution proposed by AGRA. Then the World Economic Forum where « Grow Africa » was launched. And finally USAID’s approval of the « new alliance » for food security which should become a reality in June 2012. All three are signals, in my view, which risk seriously compromising the realization of the original missions of ECOWAP, the PAU and other similar policies in Africa.

At the moment in which the President of the United States, acting in good faith I am sure, has decided to organize a Symposium on food security on 18-19 May 2012 in Washington on the eve of the G8 meeting in Camp David, I address myself to you, as President of the African Union, and through you to all of the African Heads of State. I ask you to explain how you could possibly justify thinking that the food security and sovereignty of Africa could be secured through international cooperation outside of the policy frameworks formulated in an inclusive fashion with the peasants and the producers of the continent.

A look at the history of agricultural development in the various regions of the world makes it clear that agriculture has never developed in this way. We know that the progress that has been accomplished in agriculture, the important successes of the agricultural policies obtained in Europe, in the United States and in emerging countries like Brazil and India, have always been the product of sovereign will and of a partnership between the states and the economic actors, that is the producers, the processors, the traders.

In my humble view, the justification whereby states do not dispose of sufficient resources to fund these policies is not acceptable. The management of mining resources exploited by others, in which the African states are generally the losers, should make it possible to generate resources for such investments. Priority setting in public expenditure is also an issue. The contribution of activities in agriculture, pastoralism, forestry, fisheries to the creation of wealth in our agricultural countries, to job creation and to social stability justifies a clear choice in favor of this sector on the part of the African states. This is in no way in contradiction with our appreciation of international cooperation, in the context of which we expect an ever greater respect of the Paris Declaration, of the right to food in accordance with the UN Charter of human rights, and a determined fight against international financial speculation and corruption.

I would simply like to recall that food security and sovereignty are the basis of our general development, as all of the African governments underline. It is a strategic challenge. This is why we must build our food policy on our own resources as is done in the other regions of the world. The G8 and the G20 can in no way be considered the appropriate fora for decisions of this nature.

In asking you to transmit this message to your fellow Presidents I beg you to forgive this heartfelt appeal, however awkward it may seem, of an African peasant convinced that we have the means, the knowledge, the resources to build our own future.

Please accept, Mr. President, the expression of my highest and most sincere consideration.